This post is a continuation of a series of “Then & Now” images that will show photographs of buildings, street scenes, and other historical locales from Lewis Reed’s Photo Collection alongside photographs of how they appear today. Taken approximately 100 years apart, these photos show the River House Lodge in Rowelsburg, West Virginia, then and now.

River House Lodge (THEN): This little railroad town of Rowesburg has always had hotels, beginning with the original River House, an early tavern and hotel serving the needs of a growing town in the 1850s. The railroad brought prosperity to Rowlesburg, designed the town and named it. Mr. Rowles was a surveyor with the railroad and laid out the plots and streets for the town.

The house was designed at the turn of the century or just before but the features were unusual. The top part of the house was Edwardian with panels and battens, creating a kind of checkerboard appearance. The lower half of the house was finished with narrow wood siding. The gables were of wood shingles. 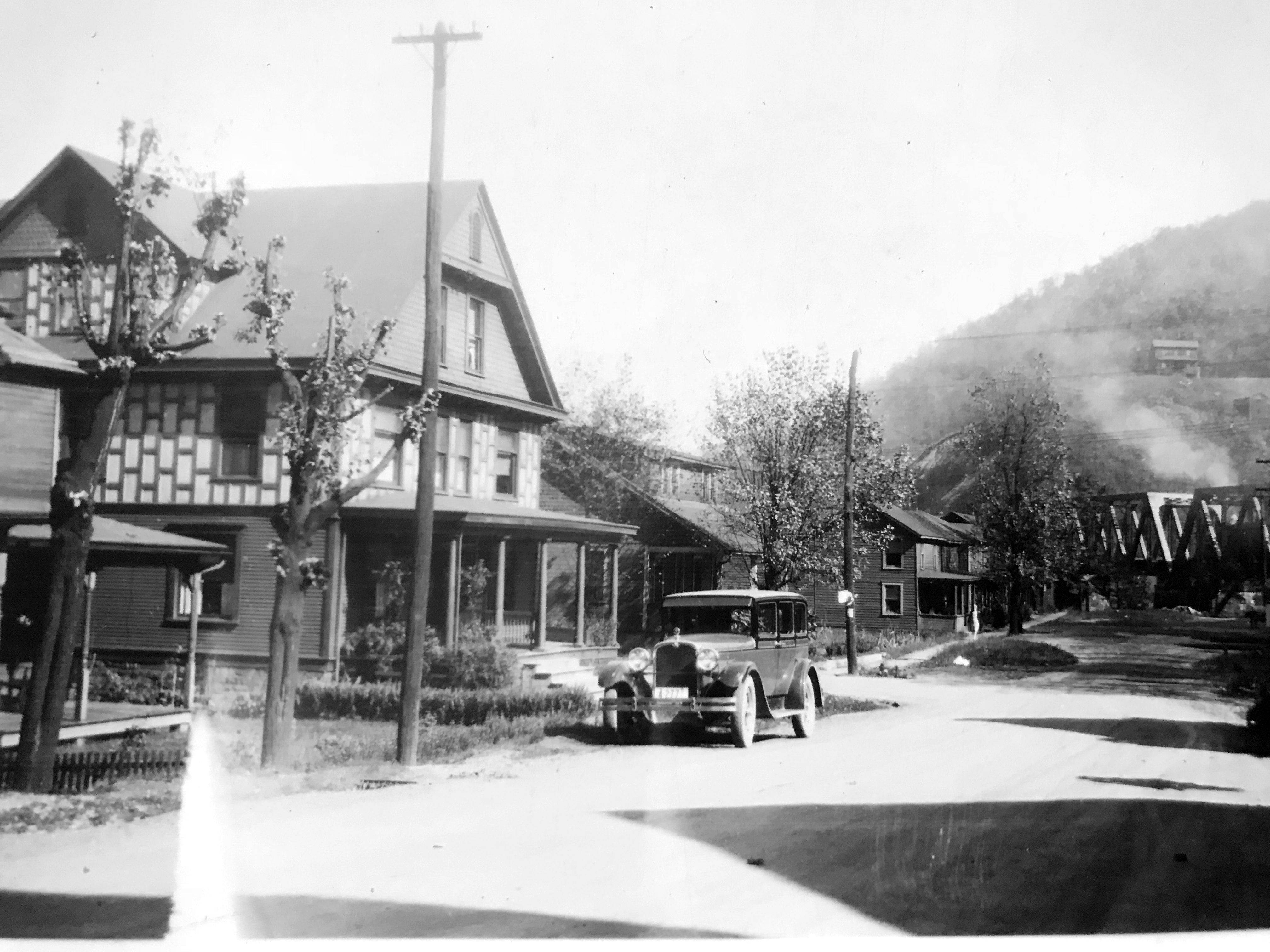 River House Lodge (NOW): Today, the River House has been transformed into a small, boutique lodge tucked away in the mountains of West Virginia. Though razed long ago, the “New” River House now takes its place to welcome guests into a motif of railroading that once dominated the small town of Rowlesburg. B&O artifacts adorn the rooms and hallways. Pictures of the past history of the town take visitors back to a different time, one of railroading in its golden era.

One source says that the original River House was a tavern and railroad lodge operated by A.A. Perry. The lodge was the center of this small settlement, with homes scattered nearby. The building sat next to the railroad, as did most of the early structures in Rowlesburg. Downtown Rowlesburg Historic District was listed on the National Register of Historic Places in 2005.