Reed Brothers amassed a small, personal collection of automobiles over the years. The special memories can make any car legendary or worthy of being a collector car. But part of the fun and mystique of owning collector cars whether they are vintage cars, sports cars, or muscle cars are the stories behind them.

The 1928 Dodge Brothers Standard Six fell into the hands of Lee Gartner over 40 years ago from an upper Montgomery County, Maryland used car dealer at the price of $100.00. The dealer called Lee Gartner on the phone and said, “Lee, I’ve got something I want you to see.” Lee Gartner knew it was in dire need of a lot of work when he saw it, but he decided the old classic Dodge Standard was just what the Reed Brothers garage needed. In dealer ownership for over forty years, this vintage car was restored and maintained over the years by Reed Brothers Body Shop and Service Department. The car carried an $835 factory price and was powered by a 6-cylinder; L-head engine rated at 27.34 hp. The fully restored 1928 Dodge was proudly displayed on the showroom floor, and for many years served as a wonderful conversation piece. It had only 46,504 original miles on it and still ran well until it was sold in 2012.

The ’28 Dodge was also a great background for family photos:

The 1946 Dodge Deluxe 4-Door Sedan Fluid Drive was one of the first cars Lee Gartner sold as a salesman at Reed Brothers. When the original owner (Lewis Bell) could no longer drive, Lee Gartner purchased it back from him. As the story goes, Lewis Bell nicknamed the old car “Charity” because it was the only car he ever drove and it always got him where he wanted to go.

Being married to Lewis Reed’s daughter and next President of the dealership had its perks. Lee Gartner could have had his pick of any new car on the lot to drive as his personal company car, but what did he choose to drive around most of the time? Uh, you guessed it … “Charity”.

Depending on your age, there are any number of ways for a parent to embarrass their children, and one of the easiest ways was via the kind of vehicle they drove. Nothing screamed “uncool” louder than this old car. I remember when I was a teen, my dad (Lee Gartner) drove me to school one day in “Charity”. The good thing was that this car was so big that I had plenty of room to duck down below eye level and not be seen by the outside world.

To commemorate Mary Jane and Lee Gartner’s 50th wedding anniversary on April 10, 1998, the dealership spruced up the vintage ’46 Dodge. Richard, the eldest son of Lee and Mary Jane, chauffeured his parents to and from The Kentland’s Mansion in this car for their Golden Wedding Anniversary celebration. 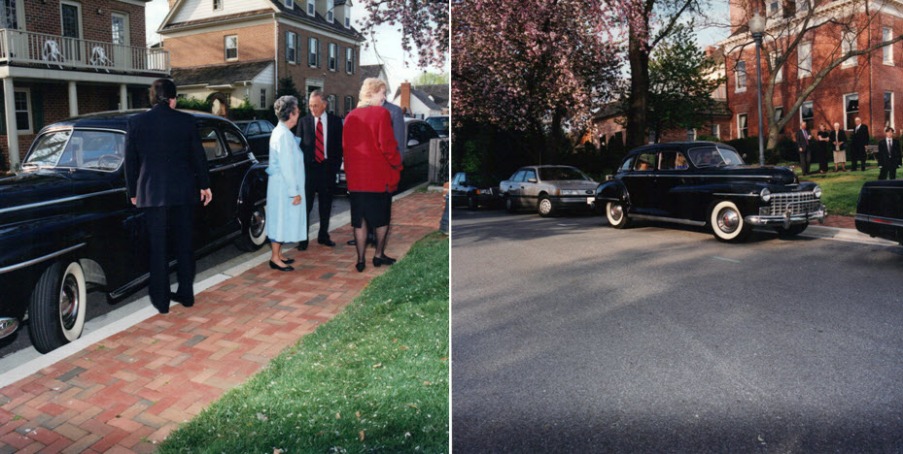 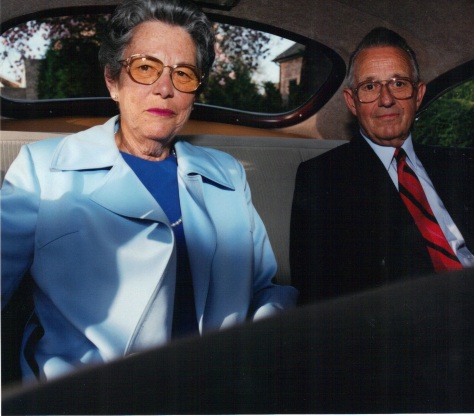 When the Viper first became available to dealers, satisfying customer and dealer demand by Chrysler was a significant challenge. Only one Viper was allocated to each Dodge dealer who met requirements and unique Viper service and sales training. When this 1st generation 1994 Dodge Viper RT/10 made it to Reed Brothers, it was by unanimous decision that the dealership purchase it. The Viper was sure to be a collector car in another 20 years.

It might not have the same legacy as the Corvette or the Mustang, but the Viper had something completely different. Insanity. It didn’t have any fancy toys, or even windows, but it was brutally fast. And nothing was quite as fun to drive around as this cool looking muscle car. It was rough, it was mean, and it was so flashy and sleek-looking that it was just amazing.

That’s not to say the Viper was all good news. The Viper is not a car for beginners. It is fast, powerful and handled like a pig and it would attempt to kill you the first chance it got. It was bit of a beast to handle if you didn’t know what you were doing. The ride was very hard and those side exhausts could get seriously hot, making it hard to get out after a long drive. A sticker on the doorjamb warns you to use extreme caution when exiting the car lest you grill a body part on the exhaust tip.

For all the pain and grief you have to suffer when you drive a Viper, why on earth would anyone want to drive one? Simple. There’s no other car on the planet as much fun to drive.

The Viper was sold a few years ago to a close friend of the family and avid car collector.

Reed Brothers acquired the 1999 Plymouth Prowler because it was a limited edition, hand assembled car. The Prowler came about as part of Chrysler’s efforts (the last as it turned out) to differentiate Plymouth from the rest of its lineup in hopes of keeping the brand alive. It was hoped that it would be received well enough to garner some attention, some of which might spill over into some of their other models. In this it was similar to the Viper … in other ways, eh, not so much. It is truly a car that you have to drive to fully appreciate … and one you’ll never lose in the grocery store parking lot! While it was not a daily driver, neither was it a garage queen.

For a baby boomer such as myself, this car was a throwback to the cool ’60s when I was growing up. But you really didn’t need the radio blasting out the Beach Boys’ “Fun, Fun, Fun” to get attention in the Prowler. The only other car I’ve driven that has come close to drawing so much attention was the Viper. Wherever I stopped — even at traffic lights — people would roll down their windows or walk up to the car, look it over, and start asking questions. The first one, usually, was “What is it?” Second, of course, was, “How much does it cost?” The next question was, “I see you’re a dealer, is it for sale?”

This car is guaranteed to turn heads in traffic. If you’re not a celebrity but you want to feel like one, here’s the recipe: Buy a Plymouth Prowler. Drop the top. Cruise up and down your local strip. Wave at the gawking crowd.