How Dodge Street In Rockville Got Its Name

The connector street was so short that Lewis Reed always joked, if the state wanted to name a street after him, the street needed to be longer. Hence the street was named, “Dodge Street”. Maryland Route 660 is the unsigned designation for Dodge Street, which runs 0.05 mi from Rockville Pike (MD 355) north to Veirs Mill Road (MD 28) in Rockville. Dodge Street is one of the shortest highways in the state of Maryland. 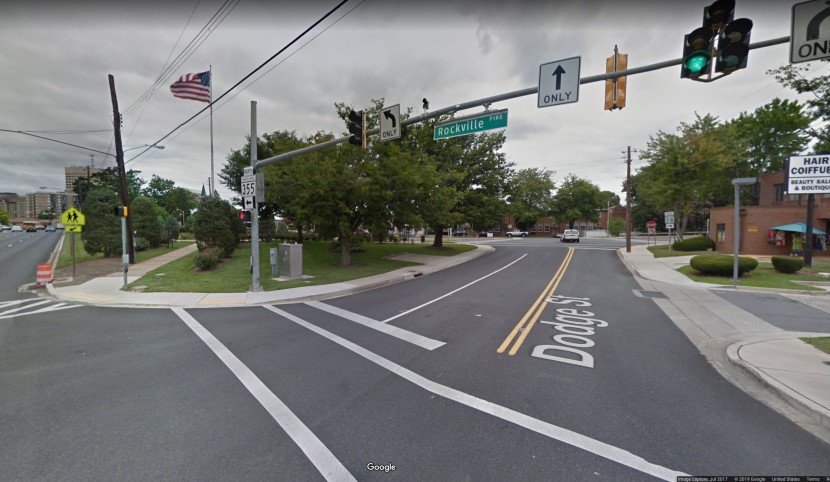 By tracking Reed Brothers Dodge on successive Sanborn maps—1915, 1924, and 1949—I have confirmed that sometime between 1924 and 1949, CADIZ ALLEY became Dodge Street. CADIZ ALLEY is an arbitrary designation supplied by the Sanborn Map Company in the absence of a suitable official name. The street was named “Dodge Street” by the State of Maryland sometime following the dealership’s 1941 expansion.

When the state of Maryland widened the roads in 1970, Reed Brothers Dodge relocated from its original location at the triangle at Veirs Mill Road and Rockville Pike to a new complex at 15955 Frederick Road in Rockville. The dealership’s original site is now the Veterans Park.

Sources:
Wikipedia, List of state highways in Maryland shorter than one mile
MDRoads Routes 660-679  Maryland Highways of the Automobile Era