Advertisements do more than just simply pitch a product, they capture a moment in history. A moment in history when Reed Brothers represented several franchise nameplates along with Dodge, including Oldsmobile, Hudson, and Essex. The Hudson and Oldsmobile were sold at Reed Brothers from roughly 1917 through 1923. In addition to automobiles, the Rockville Garage also sold Bates Steel Mules, “the most efficient tractor in America.”

Prior to the advent of television and radio advertising, print media was the most popular form of advertising and most car ads were black and white. In addition to franchise car dealers, there were also factory stores. In the early days, the factory stores did the national advertising. A factory store, also known as a branch store or branch dealer, was a dealership owned and run by the manufacturer. A list of area Dealers was placed in fine print at the bottom of the ads. 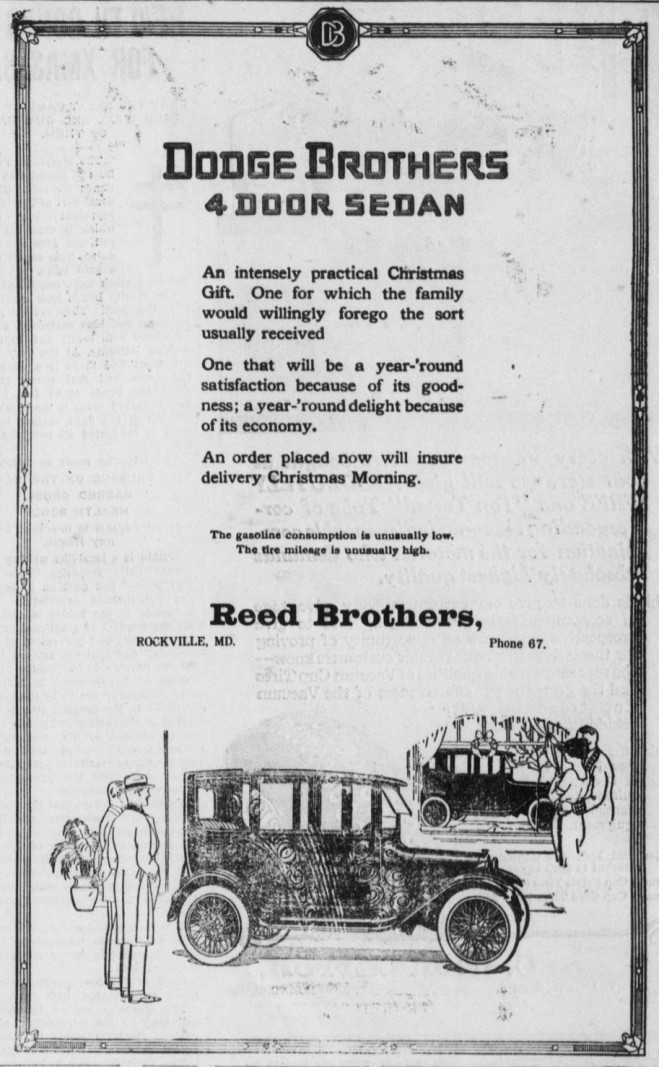 Reed Brothers Dodge began selling Goodyear tires in the 1920s and is recognized in the ad below as Montgomery County’s Oldest Goodyear Tire Dealer. 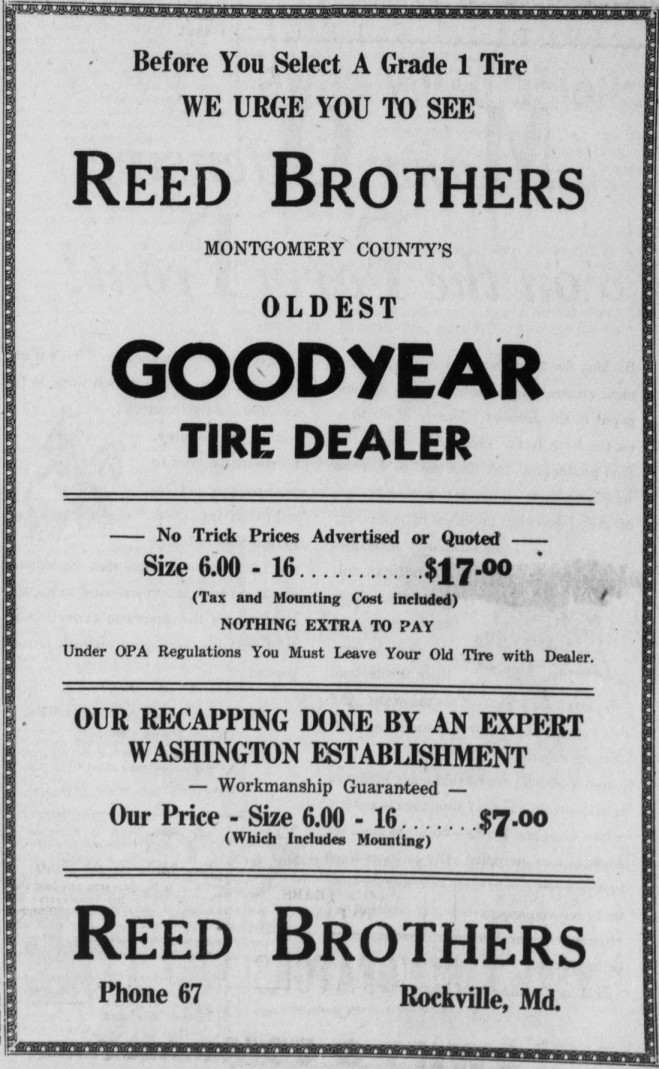 The ad below advertising Reed Brothers as an official Hudson service headquarters was found in the September 1943 issue of the Montgomery County Sentinel. 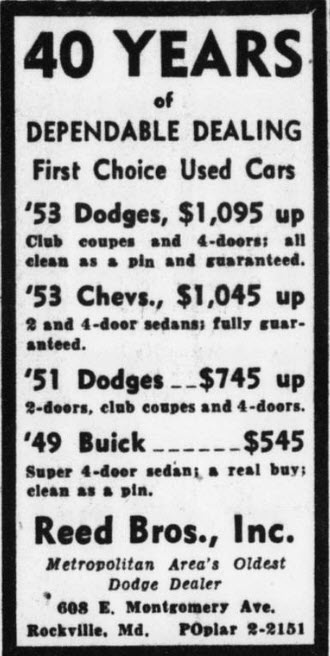 In the late ’60′s, The Dodge Boys “White Hat Specials” were part of Dodge’s marketing and advertising campaigns. Below are clips from an ad that Reed Brothers ran in the Gaithersburg Gazette in August 1965 to promote their 50th anniversary. The title of the ad reads: The Dodge Boys and Reed Brothers celebrate a 50 Year Success, 1915 to 1965! If you need a New or Used Car, come in today and cut yourself a “Slice of Savings…”