Then & Now: Library of Congress

You might not realize how much Washington DC has changed until you look back and see what it looked like in the past. In this “Then & Now” feature, I have combined one of Lewis Reed’s original photograph’s for “then” and matched it with a corresponding contemporary shot for “now”.

Library of Congress (THEN): The Library of Congress was relocated to Washington, DC, in 1800, having previously been housed in New York and Philadelphia, which had each served as temporary capitals of the early United States of America. It is the research library serving the U.S. Congress as well as the national library of the United States, and it holds over 23 million volumes in its collection, making it the world’s largest library. The structure as it stands today was erected between 1888 and 1894, following the 1851 fire that destroyed 35,000 of the Library’s books (two-thirds of its holdings at that time), including much of Thomas Jefferson’s donated collection. 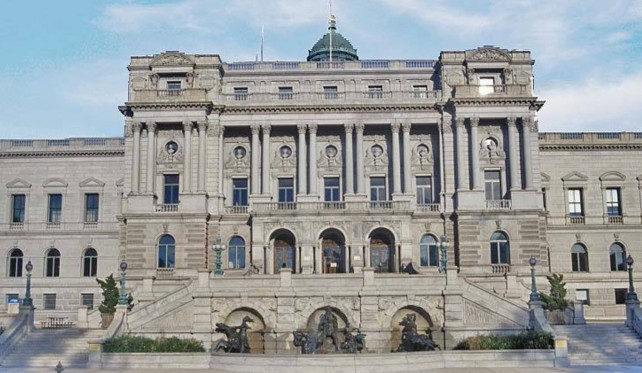