This post is a continuation of a series of “Then & Now” images that will show photographs of buildings, street scenes, and other historical locales from Lewis Reed’s Photo Collection alongside photographs of how they appear today.

Hagerstown Public Square (THEN): Hagerstown Public Square looking north on Potomac Street, circa 1913. D. Ramacciotti’s fruit and candy store dominated the left side of the square. Trolleys roll down the middle of the street and a piano store is on the right. Winding the giant clock in the background (still there today) was done by a line from the tower attached to a horse on the ground that pulled the clock’s weights up through the tower. 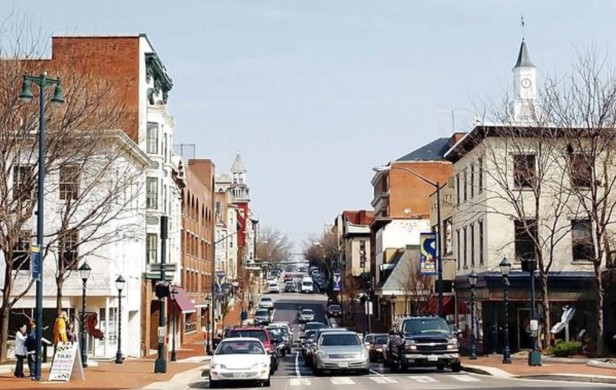 Hagerstown’s Public Square, looking north on Potomac Street, as it is today.