Looking at old photographs is like peering through an open window back into history. Not only do they give you a sense of wonder from traveling back in time, but also a staggering feeling of awe from seeing just how much things have changed. For this post, I have used one of Lewis Reed’s original photographs for “then” and a Wikimedia Commons image for “now”.
After the Civil War, Montgomery County saw swift development, spurred on by the quick advancement of the Baltimore & Ohio (B&O) Railroad. Opening in 1873, the Metropolitan Branch of the B&O had a major impact on the county’s economy through its freight and passenger service. Passenger service, when combined with the introduction of trolley cars, made it feasible for developers to build residential developments in the suburbs of Washington, DC, and the rail line made the county’s proximity to the District a pivotal factor in the growth of its economy. Many residents lived in the county and commuted to work in the capital, and many farmers sold their goods at markets within and surrounding the city. The train stops that are still in use on the MARC line have stories of their own.

BARNESVILLE STATION (THEN): The Barnesville train station, also known as “Sellman Station,” was torn down in the late 1950s. Sellman, apparently named after Captain William O. Sellman who owned land there, was a separate, thriving community located just a mile south of Barnesville. Development began around 1873 when the railroad came through and the town was gradually abandoned with the advent of interstate highways and automobiles. 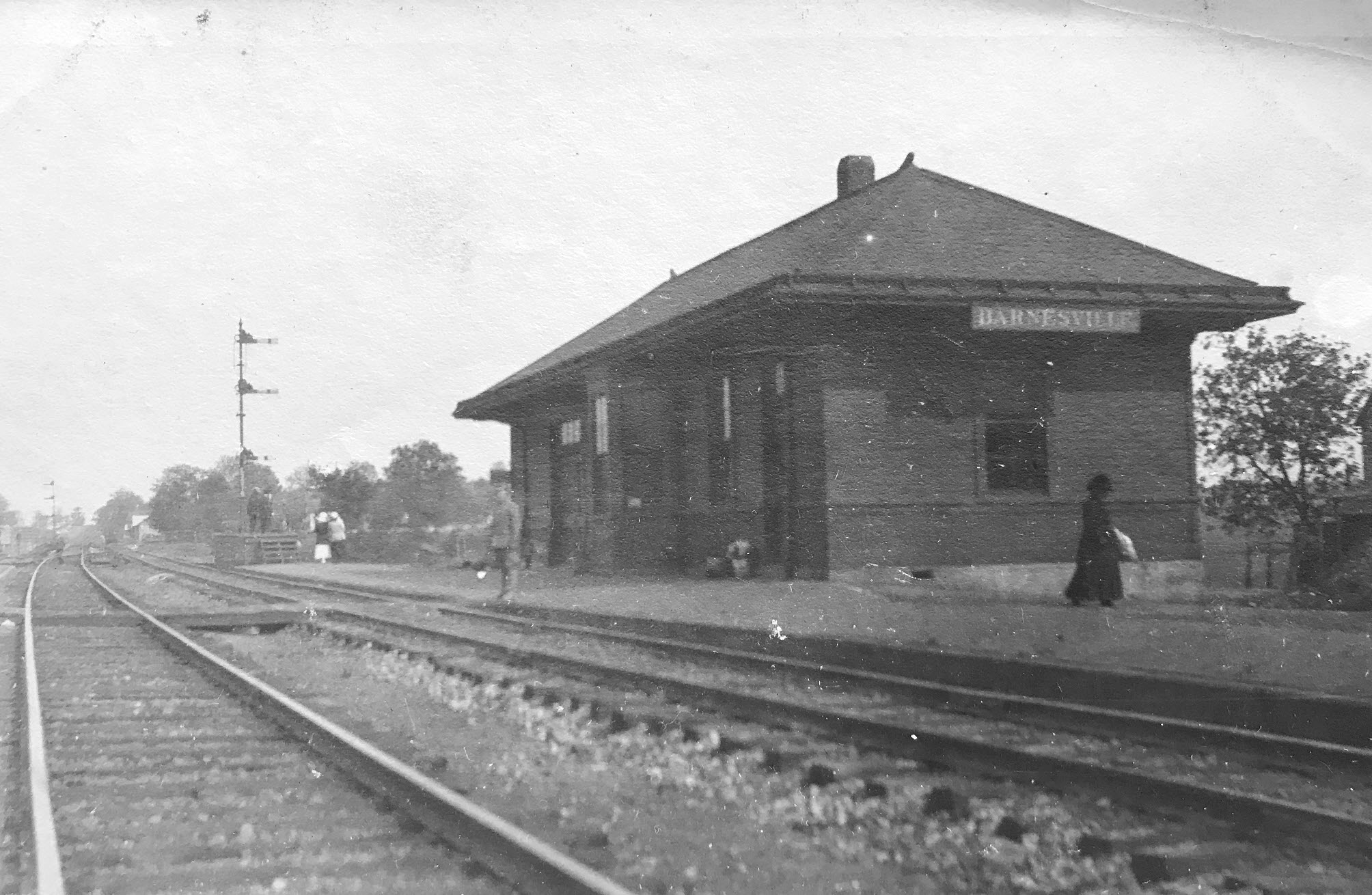 BARNESVILLE STATION (NOW): Built about 1930 as the first metering station for the Washington area gas supply, this building was saved from imminent destruction by concerned citizens dedicated to both the preservation of the visible past and revitalization of the railroad. On February 16, 1977 it traveled 23 miles by road from Rockville to begin a new existence as the Barnesville railroad station.

For a number of years after the old station was torn down in the late 1950s, there was no shelter at all for the popular up-county stop. It was finally decided to move to the site a 16-by-22 foot historic metering station owned by the Washington Gas Light Company, with the gas company, the county, and the city and residents of Barnesville sharing the costs. The squarish little structure had a makeover after the move. It was painted inside and out and and a wide overhanging roof was added just below the original roof line, giving the building more an authentic “train station” look, and it was re-dedicated on October 10, 1977. Snuggled up against the woods, surrounded by trees and shrubbery in a rural area just south of Barnesville on Route 109 (Beallsville Road), the station today is a pretty sight. 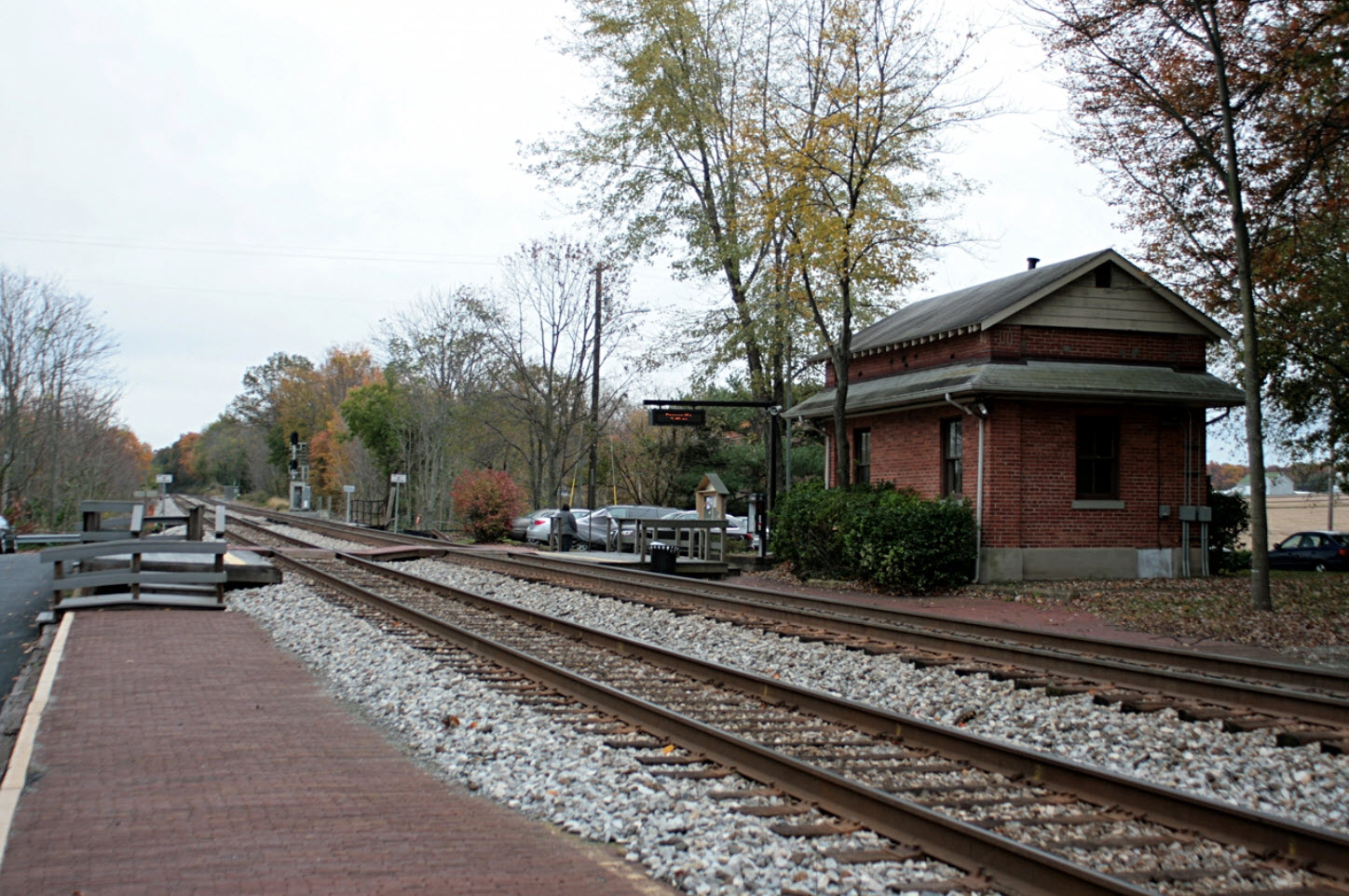 The metering station installed at Sellman station by the tracks which today serves as the Barnesville (MARC) Station. It was moved here from Rockville in 1977 for preservation. Image from Wikimedia Commons.