Creed of A Dodge Brothers Salesman

The man responsible for much of the early Dodge Brothers advertising was George Harrison Phelps. Among other things, George Phelps wrote “The Creed of A Dodge Brothers Salesman” which embodied the Dodge Brothers philosophy in manufacturing and selling cars: 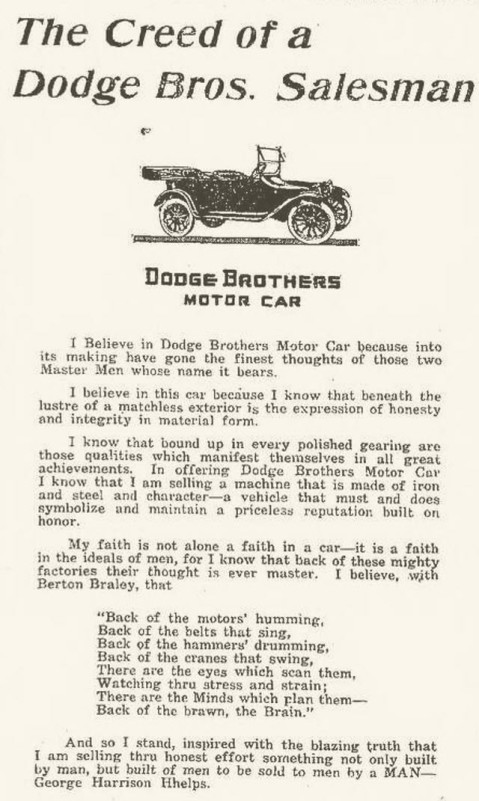 Dodge Brothers advertising was renowned for its simplicity. Sales brochures in 1914-15 and 1916 used the slogan, “It Speaks for Itself.”

Advertisements in 1916 emphasized the growing acceptance of Dodge Brothers care by the public. The campaign began with “A Year’s Growth of Good Will”, published on January 1, 1916. 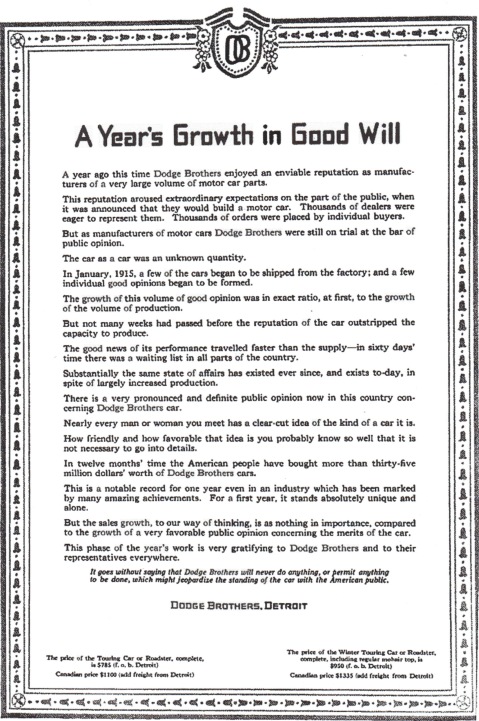 Source: “The Dodge Brothers”, The Men, The Motor Cars, and The Legacy

One response to “Creed of A Dodge Brothers Salesman”