A retrospective of Lewis Reed’s rare aerial photographs of Reed Brothers Dodge dealership and images of Rockville Maryland circa 1920s – 1930s. With photography for a hobby, one that began even before automobiles were around, Lewis Reed amassed a large library of photographs showing Montgomery County in the early 20th century. Many of his photographs are now part of the Montgomery County Historical Society photo archives.

Lewis Reed was not an aviator, but he obviously saw great potential in taking photographs from the air. The aerial photographs below were taken by Lewis Reed sometime during the 1920s and 30s and are quite possibly some of the earliest known aerial photographs taken of Rockville. (click on images to enlarge)

Aerial view of Reed Brothers Dodge circa 1936 with canopied Gulf Gas Station. A two-story house stands behind the dealership.

Later aerial view showing the used car lot where previously stood a two-story house. St Mary’s Church at lower portion of photo. The connector street behind the dealership was later named “Dodge Street” in honor of Lewis Reed because his dealership was located there for so many years (1914-1970).

1920s – Original Reed Brothers facility with St Mary’s Church and Cemetery at upper portion of photo. The road at the bottom is Rockville Pike. 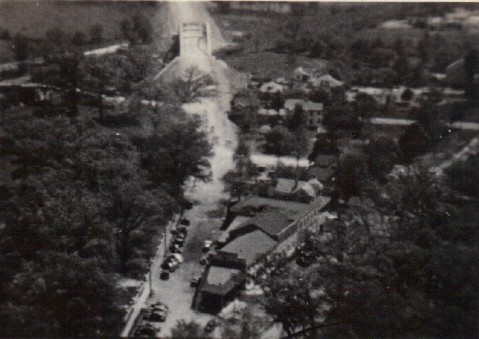 1920s – Original Reed Brothers facility at the intersection of Veirs Mill Road and Rockville Pike. “Pigeon Bridge” on Veirs Mill Road is at the top of the picture. Note the unpaved dirt road. 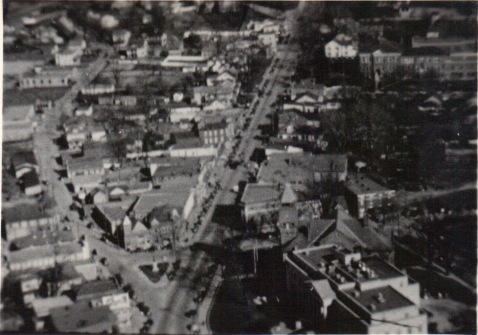 This 1920s aerial image of Rockville appears to be the opposite perspective as the one above. Confederate Monument is visible in the triangle at bottom left and the Red Brick Courthouse tower is across the street on the right.