Today marks the 7-year anniversary of this blog. It’s been an honor to share the history of Reed Brothers Dodge – whether you’ve read our blog, followed us on Twitter, or “liked” us on Facebook. I would like to thank those mentioned below, and many others, for their kind words and the visibility they have provided.

“These old photos are so great!”
“Great photos/history documentation.”
“Keep up the great work with your blog. I really enjoy reading about the history and especially seeing the photos.”
“Really enjoy all of the Reed Brothers Dodge History.”
“Beyond impressive.”
“Such a cool story.”
“Thank you so much for sharing these photos, I enjoy seeing them.“
“That is a great photo, the detail is phenomenal.”
“Fabulous pictures.”
“Please keep these posts coming. I have enjoyed every posting.“
“1,164 months give or take. Quite a run, 97 years.“
“Love reading all this history and seeing these pictures!”
“I love your posts. Your stories add richness to the stories.”

“I love pictures, especially the old ones. People, places and things…the pictures bring such cool history and personal ones, the fond memories.

Antique Motorcycle Club of America, Forum: “Reed Brothers was a pretty important local business owners in my area. The Reed Brothers, shown in the photo attached, are the two center riders with touring caps and ties started a garage in Rockville in 1915 and received a Dodge Motors contract to sell and service the new automobile….. Lewis was a pretty extraordinary amateur photographer.”

The inscription on the Adoption Certificate reads:

adopted by Jeanne Gartner in memory of her grandfather, Lewis Reed, who founded Reed Brothers Dodge in Rockville, Maryland in October 1915.

The vehicle was adopted for a period of one year, beginning November 14, 2018 through November 13, 2019 (November 14 is the anniversary of the day John and Horace Dodge revealed their first car in 1914). The adoption will help Meadow Brook make necessary repairs, provide preventative maintenance and pay insurance for the Depot Hack, ensuring it’s there to inspire, educate and “drive” this and future generations. Lewis Reed is a perfect and most fitting parent.

“Just A Car Guy”: It’s pretty cool to see a well-known car blog like “Just A Car Guy” has noticed our history blog and has been sending visitors our way via a link on their page under, “Sites I recommend for their quality”: Reed Brothers Dodge History. I am proud and honored to be regarded among these terrific automotive websites. 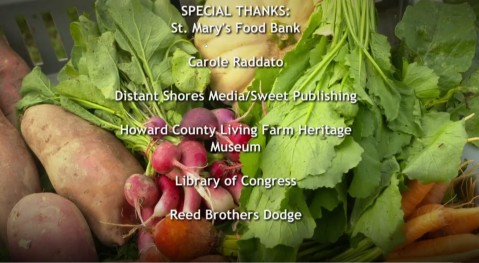 Last, but certainly not least, many thanks to all of you who have visited, followed, shared, or commented on this blog. I appreciate all of you for your continued support and making Reed Brothers Dodge History one of the places you visit during the course of your day.