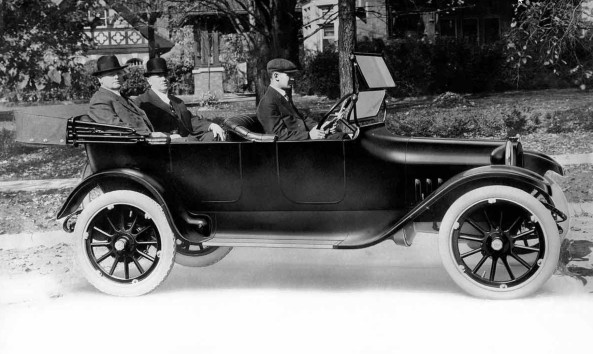 One hundred and four years ago on this date –November 14, 1914 — the very first Dodge car, “Old Betsy”, rolled off the assembly line. On that day, the Dodge Brothers (Horace and John) were photographed riding in the rear seat of the first car to bear their last name. It cost $785, had a 110-inch wheelbase, and was powered by an L-head 4-cylinder engine that proved so reliable it was continued until 1920 with very little modification. Total production for 1914 was a mere 249 touring cars. The following year. Dodge offered a two-passenger roadster which also sold for $785 and the plant went into full production.

According to “The Dodge Brothers: The Men, the Motor Cars, and the Legacy” by Charles K. Hyde, here’s the full story:

The widely accepted history of the initial production of early Dodge Brothers automobiles in November 1914 is at odds with much of the evidence about the earliest Dodge Brothers cars. Automotive historians have thought that the first production car, later named “Old Betsy,” came off the assembly line at the Hamtramck factory on 14 November 1914. Guy Ameel, superintendent of final assembly for Dodge Brothers since the start of automobile production, served as John and Horace’s chauffeur that day. With the brothers in the back seat, Ameel stopped the first Dodge Brothers car in front of John Dodge’s mansion on Boston Boulevard in Detroit and a photographer recorded this important moment. 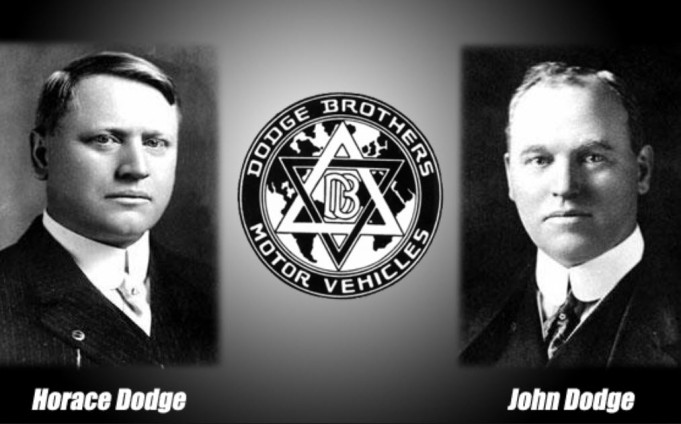 The Dodge Brothers began an aggressive advertising campaign to promote their new automobiles and to attract potential dealers to sell their cars. Few people jumped onto the Dodge Brothers bandwagon earlier than Lewis Reed, and not many have lasted longer.

Lewis Reed received his franchise to sell Dodge Brothers Motor Cars from John and Horace Dodge; less than one year after “Old Betsy” rolled off the assembly line. He was just 27 years old. Since then, the business grew and transformed into the oldest Dodge dealership in Maryland history and one of the oldest in the entire nation.