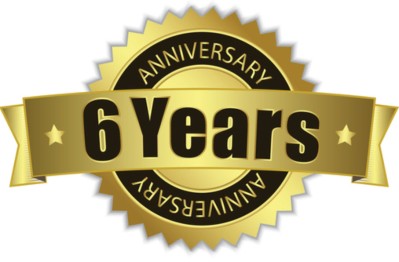 Today marks the 6-year anniversary of this blog. It’s been an honor to share the history of Reed Brothers Dodge – whether you’ve read our blog, followed us on Twitter, or “liked” us on Facebook. I would like to thank those mentioned below, and many others, for their kind words and the visibility they have provided.

“So neat to be part of Reed Brothers History!“

“ What great memories. Thanks so much for sharing.“

“What a great piece of history.”

“The photos are amazing!”

“What a wonderful thing you are doing with these photos.”

“Thank you ever so much for all these RBD History posts. I certainly am enjoying them.”

” Thank you for your many fine and historic posts to this site.”

Thank you so much for your support of Meadow Brook and out Dodge initiatives this year. I’ve admired your wonderful blog and the history you share. As we continue to build a Dodge museum, I truly hope to be able to collaborate with you to have an exhibit about your family. 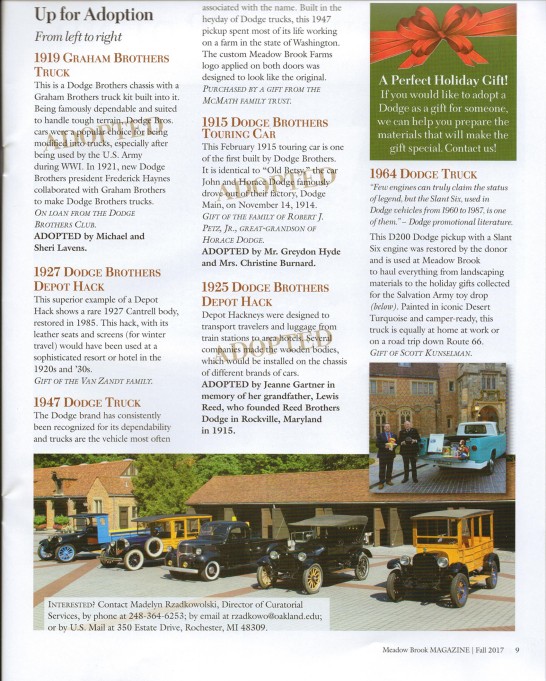 Reed Brothers Dodge Featured in Montgomery Magazine: Reed Brothers was very proud and honored to be featured in the month of April/May 2017 Montgomery Magazine, historic landmarks “Then & Now” section.  The black and white photograph is Reed Brothers Dodge located at its original location in Old Rockville at the triangle at Veirs Mill Road and Rockville Pike – close to 100 years ago – with “That Good Gulf” gasoline drive-through filling station and Dodge Brothers Motor Car and Graham Brothers Truck signage. 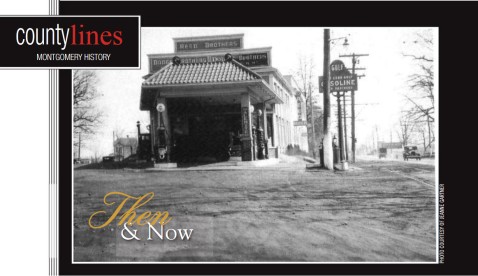 Reed Brothers Dodge located at its original location in Old Rockville at the triangle at Veirs Mill Road and Rockville Pike. The photo was taken by Lewis Reed in the late 1920s. 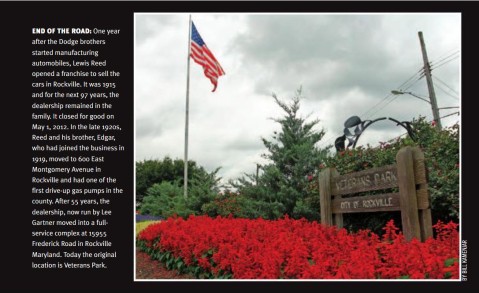 This is the dealership’s location today, now known as Veterans Park. 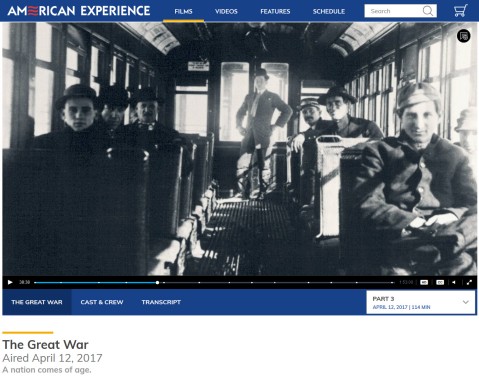 Rare peak of the inside of a 1920’s trolley car and passengers featured in PBS documentary “The Great War”. Photo taken by Lewis Reed 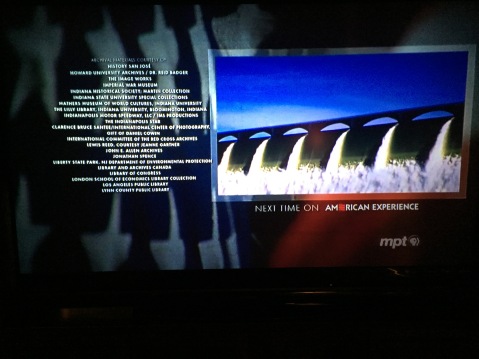 Screen shot of credits from The American Experience series, “The Great War” on PBS