Today, the former location of Reed Brothers Dodge is occupied by the Bainbridge Shady Grove Metro Apartments, and they, like Peerless, remain committed to preserving a part of the city’s automotive heritage by paying homage to a century of history at the new residential complex. 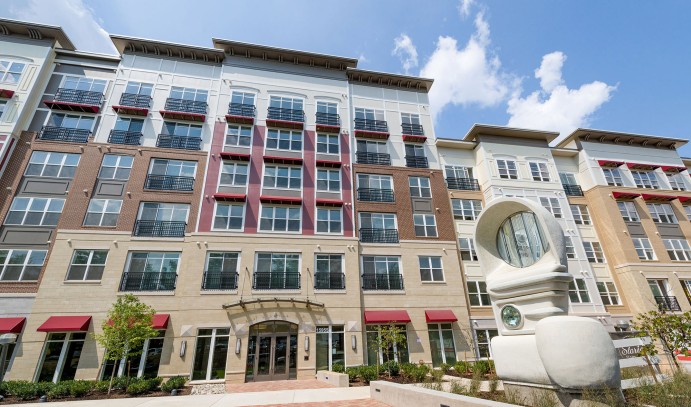 Bainbridge Shady Grove Metro Apartments now stands on the former site of the Reed Brothers Dodge dealership at 15955 Frederick Road. But a sculpture now installed on the property pays tribute to the oldest Dodge dealership in Maryland history. More than 20 feet high, and over 6 feet wide, the public art is inspired by 1939 Dodge headlamps, and the fender of a 1957 Dodge pickup truck.

Peerless Places have become Rockville’s special places.  They provide us all with a flavor and scale that is at once historic, personal, comforting, and viable.