Reed Brothers Dodge operated their own full service Gulf gasoline and service station. In fact, the company was the first Gulf gas dealer in the Washington, D.C. area, selling gas at its original location in Old Rockville at the triangle at Viers Mill Road and Rockville Pike. In addition to gas, they carried a full line of Gulf lubricants, Goodyear tires, Willard batteries, complimentary road maps, free air and water, and many other well known brands of merchandise to meet their patrons needs. Reed Brothers discontinued offering this product line when they relocated to their new facility in November 1970. 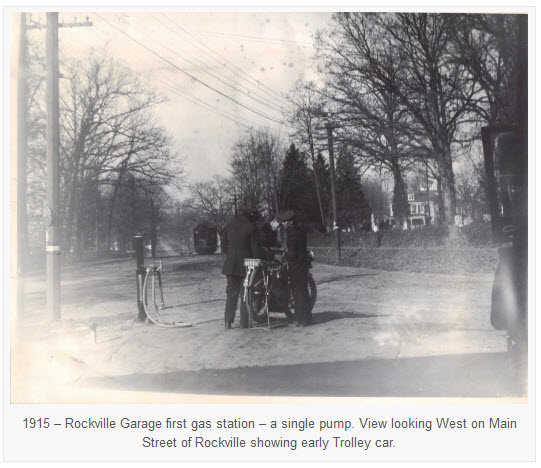 Note the “modern” gas pumps. The Rockville Fairgrounds are beyond the boarded fence.

In front is a large sign that reads “That Good Gulf Gasoline”.  In the background is the old St Mary’s Church and Cemetery in Rockville. Gulf scored notable a “first” with the world’s first drive-in service station.

1936 After World War II with a New Front

Reed Brothers celebrated the end of World War II with another new facelift and a whole new look. 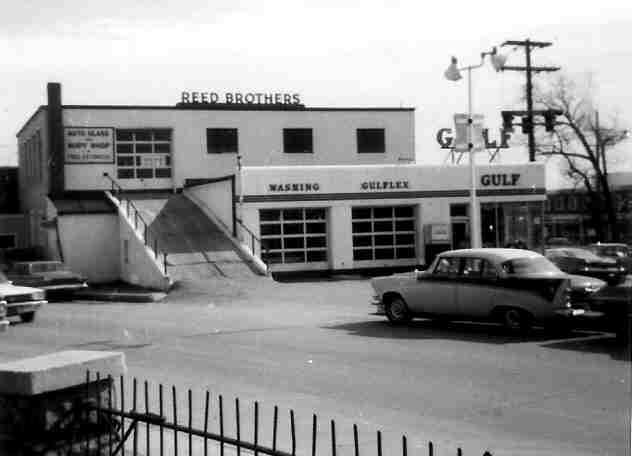 Due to changes in the highway, Reed Brothers began an extensive remodeling and rebuilding program. Two-thirds of the original location at the junction of then Route 240 and Viers Mill Road was razed and a modern Gulf Service Station was erected.